Supporting programme to Out of the Box

For “Taking Part”, the photographer of the SWICH exhibition Out of the Box, Aleksandra Pawloff, invited visitors to join her and participate: after selecting their favourite objects from the exhibition, she portraited them and asked them about the object.

selected by WALTRAUD BRANDSTÄTTER, teacher at a college for higher vocational education

I live in Linz and come from a long line of classic Austrian ancestry with Italian, French, and Romanian roots. My favourite object at Weltmuseum Wien is the decorated Maori sternpost of a war canoe. I am really impressed by its unbelievable artisanship and formal composition. Perhaps the precision of the artwork increased the chance of being heard by the gods. This would also explain the object’s great wealth of detail and abundance of decorative elements on such little space. Another aspect I really like is the mutually enriching combination of technique and aesthetics: as the sternpost had to be permeable to wind, the decorations were of openwork structure, which made the stern even more beautiful and complex.

I am from Linz with Bavarian roots and selected the magnificent feather headdress. It is beautiful. It reminds me of a sun. Needless to say, my choice was also influenced by my childhood and my passion for reading the novels by Karl May. The headdress I imagined then was much simpler than this one, though. I particularly like the combination of firmness and fluffiness: the stiff goose and vulture feathers coupled with soft ostrich down. As if the warlike purpose of the object included a hidden softness or fatherliness.

I am from Argentina and live in Mexico with my Mexican husband and our children. My favourite object is the Dakota bandolier bag. I really like its colour and texture, and most of all, the delicate way it was sewn. It reminds me of the beautiful embroidery in clothes, jewellery, and bags of the Chiapas culture in Mexico. I have a very similar purse I use whenever I go out and want to dress up a little more than usual.

Although my mother is from Argentina, I feel 100 per cent Mexican. In school we learned that the Mexican emperors used to wear the penacho at religious ceremonies as a symbol of their power. Seeing it in real life was breathtaking. The penacho is mostly made from the feathers of the resplendent quetzal. This bird is almost extinct and there are only a few of them left in the area where we live. The conqueror Cortez presented the penacho to the king of Spain as a gift – and now it is in Vienna. That does not feel right; it belongs to Mexico.

My mother is from Scotland, my father from Great Britain. I have a British accent and live in Scotland. The word I would use to describe myself is European. I chose Billyshes’ pipe from Indonesia because its owner defines himself as an inhabitant of Planet Earth. This attitude not only corresponds with my own way of thinking but also with my hope that humankind will someday realise that we are all one and need to get along with each other. Moreover, I share many of his personal experiences, especially concerning my former drug use. Before I became an academic, my life was a little wilder. I decided to move on eventually just like Billy. Using drugs is a very selfish thing to do, which makes it a bad thing for our world.

My wife and I are from Kuwait. IT is very important in our lives, which is why my favourite object in the Museum is the Umdasch sphere. I consider IT to be an excellent and lively way of combining old and new knowledge – even better than books. My wife is a teacher and often uses iPads in her classroom. She also has her students search the internet, which is much more exciting than going to a library. The internet enables them to combine information much faster, creating their very own understanding of things.

I am from Pennsylvania; my parents were born in the United States but are originally from Syria and Lebanon. This is not really important in America, though, except for the extreme right. We are Americans – our origins do not really matter. My favourite object is the Nō robe nuihaku. I like embroidering myself and know how difficult it is to master this delicate craft. If I see something that wonderful, I recognise the high levels of talent, expertise, and artistry in the object. Those who made this robe were nothing short of artists. There were certainly more than one; I do not think that one person could ever accomplish that. Creating such beauty requires a person to put a little bit of their own personality, soul, and lots of love into their work. I actually feel quite close to their work – very touching.

I love being American. The United States are full of different cultures and ethnic groups, which makes them such a great place. I chose the penacho as my favourite object because I watched the video on its history at the Museum. It is a sad story full of conquest and destruction. My family is from Germany and Great Britain. The film once again raised my awareness for the terrible sorrow in Central and South America caused by the hand of western Europe, and all the culture that was destroyed. Seeing the penacho still made me happy, too: something had survived from this period nonetheless. It is a comforting idea that there will always be aspects of cultures to survive. 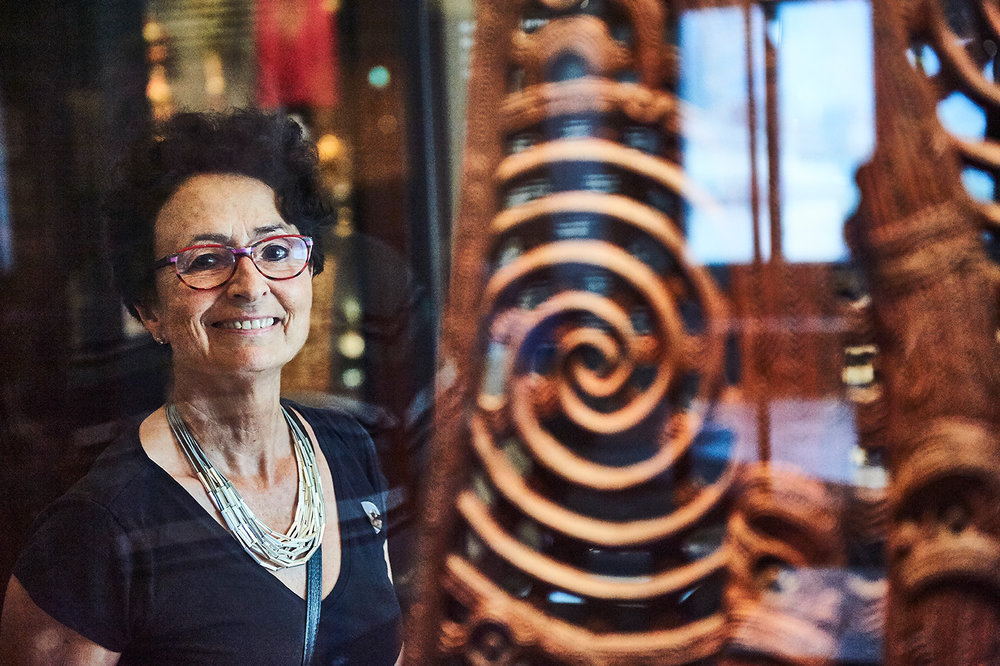 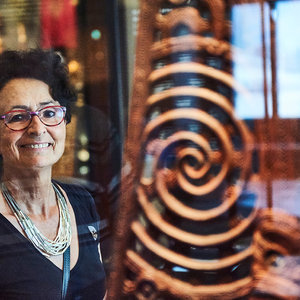 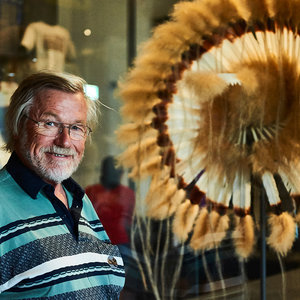 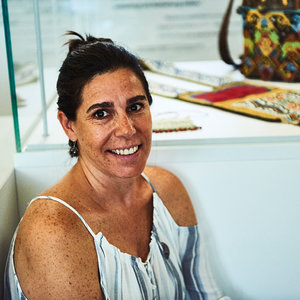 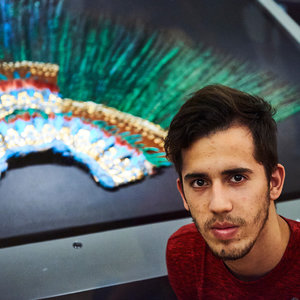 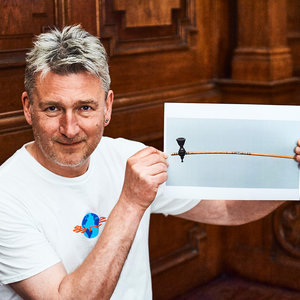 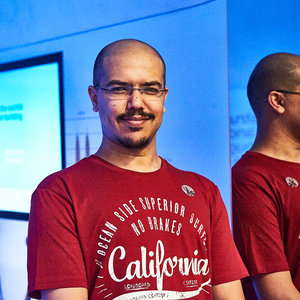 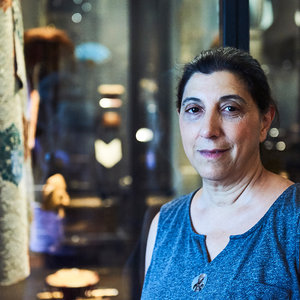 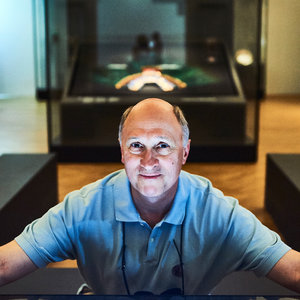