The evolution of ethnographic museums is paradoxical. In the context of the 1970s and 1980s, most anthropology museums found themselves in deep crisis, with falling attendance and a loss of interest among cultural authorities. Designed to present so-called "exotic" cultures and heirs of the interaction between anthropology and colonialism, many of these museums were unable to adapt to the new interests of the public and the new challenges of their increasingly multicultural societies.

However, starting in the 1990s, many of these institutions have been able to renew themselves with new discourses, transforming their content, and updating their goals and communication channels. According to Segalen (2005: 287), the ethnographic museum scene is being restructured in depth: "some museums are dying out, some are becoming regenerated, others are being reborn".

In our opinion, there are four main questions affecting ethnographic museums: the particular nature of the ethnographic object; political reasons arising from the colonial past of museums; the difficulties of explaining the problems of current societies through objects from the past; and the contradictions of their multiculturalism policies.

1 The particular status of ethnographic objects

This debate was already apparent in the era of Franz Boas (1858-1942), when he insisted on the value of objects for "understanding cultures". Boas tried to present cultures based on objects, and museums became a kind of anthropology textbook. However, the problem was, and still is, that cultures cannot be translated into exhibitions with objects alone: material culture is too limited to explain what cultures are, what they believe and how their society is organised. How can we explain what lies beyond objects? What objects should be chosen as the most representative, and who should choose them? How can we select some and discard others? As Chevalier (2008:636) asked, “What is the relationship between a Dogon mask used in the context of an organised ritual within Dogon society, the same mask in a festival designed for tourist consumption, and a mask in a museum display case?”

Often, ethnographic museums have dealt with these problems by considering the artistic and archaeological value of the objects first and foremost. Many anthropologists have questioned these museums because they are building a discourse which does not show the functions of objects in cultures, let alone in colonial relationships (as in the case of the Quai Branly, or Barcelona’s Museum of World Cultures). In contrast, for the designers of the Branly, objects are displayed as "all works, no more and no less", in a new perspective relating to the pleasure of looking, to asking questions instead of making statements, thus avoiding simplistic opposition and the aesthetic context (Martin, 2007). The example of the Branly has been followed in other projects, presenting ethnographic objects as works of art above all else, and as something more than mere scientific specimens.

With a very different perspective, Hainard (2007) argues that objects must take on a secondary role in exhibitions, through the creation of provocative exhibitions on contemporary themes, with the goal of deconstructing the culture. In this way objects would be exhibited as part of a discourse, as the narrative threads of a story.

2 How to explain the colonial past?

A large part of museum collections referring to other cultures bears the marks of colonialism. The old colonial museums have not only aged, in many cases they have also become "politically incorrect", symbols of a former colonialism to be overcome. So what is to be done with these museums, the products of colonialism? Although many museums have changed their discourse or have even become activists, denouncing colonialism and looking for different intercultural relationships, this change is not easy.

It is hard for museums to construct a multicultural political discourse that their own country and the dominant discourses can accept, due to the difficulty of recognising the colonial past. In Spain, the Museum of the Americas in Madrid was renovated in 1992 with the idea of proposing a “cultural encounter”. But as Delgado (1995:86) states, this museum offers a discourse of the colonisation of the Americas as "a mirage in which there is no place for description of the horrors of conquest, martyrs, anxieties, exploitation and the misery of the millions of people who had the unfortunate privilege of being discovered by Europe." The galleries display social, political, religious and aesthetic diversity, but without showing that five centuries of colonisation have annihilated and destroyed much of that diversity.

In contrast, in “critical museology”, colonial collections are repurposed to challenge the public about our reality and our relationship with other cultures, making an effort to use the spoils of former colonialists to explain conflict, dominance and othering (Bhabha, 1992). In a new context of relationships between cultures, the link with the other cannot be established in terms of exoticism or colonialism, but in intercultural relationships in the context of a globalised society. The "others" are not distant cultures, interesting for their primitivism, but closer or more distant neighbours (Roigé, Fernández de Paz and Arrieta, 2008).

3 Museums of the past or present?

Most ethnographic museums present "the other” only in reference to their past, not their contemporary problems. These issues were already being discussed in 1964, when the National Museum of Anthropology was established in Mexico, a museum which did not intend to limit its scope to themes of Mexican identity in their pre-Hispanic origins. As the Mexican President Adolfo López said at its official opening, “Mexicans built this monument in honour of the wonderful cultures which flourished in pre-Columbian times in the areas which now belong to the Republic. Before the witnesses of those cultures, Mexico today pays homage to indigenous Mexico, where we can recognise the characteristics of its originality.”

But, as Bartra (2004: 332) comments, those native peoples were presented in archaeological form, “as a timeless indigenous world, the eternal essential guardian of tradition, uncontaminated and decontextualised". For that author, the great difficulty of the museum was how to present the current indigenous society without showing the terrible catastrophe which devastated indigenous societies after the 16th century. The same problem is found in most ethnographic museums, whether for political reasons or because of a simultaneous academic perspective, presenting objects and ways of life as timeless, without taking into account their current problems.

In countries with indigenous communities, talking about the present means giving these societies a voice. Therefore, museums must work to correct the injustices which characterised the relationship between the dominant societies and the native peoples (Halpin and Hames, 1999). This means giving a new reading of their collections in order to construct a new relationship with these populations, and putting new practices in place to encourage these communities to participate (Roigé, 2007).

Discussions on diversity are at the centre of the main public debates and policies on immigration control, changes in national identities, and the development of multicultural integration policies. Cultural diversity is seen as an asset to be protected, but unfortunately, a xenophobic discourse is on the rise in many countries. Here ethnographic museums can contribute to this debate with their policies for understanding multiculturalism and cultural diversity.

The challenges are huge. How can museums reach immigrant populations, the "others among us"? Can they be instruments of integration and intercultural dialogue? Will the political authorities accept museums performing this function? The challenge is to plan exhibitions which explain cultural diversity and offer ideas, not about the "distant other", but about “others" who are now part of us.

Many different solutions have been tried to meet these challenges. In many cases, due to a lack of resources, the discourse and design of museums are still outdated. But in many other cases, anthropology museums are working hard to renew their discourse and the content of their exhibitions. The anthropology museums of the past are rapidly reinventing their functions, their content and their exhibitions. Finding the balance between aesthetic presentation and ethnographic information, redefining the role of colonialism and multicultural relationships are their main challenges. If they redefine themselves, this type of museum could have one of the most promising futures, because they can answer many of the questions of today’s society. To do this, ethnographic museums must meet the challenges of multiculturalism, becoming places which encourage a dialogue between cultures. 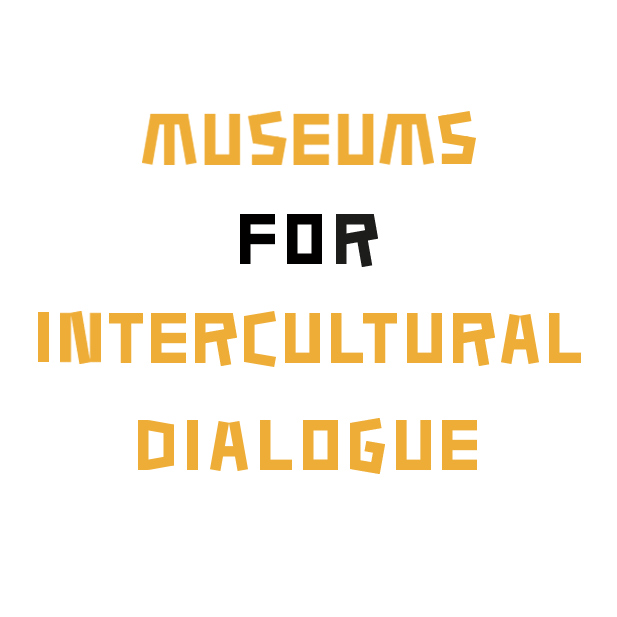