9 May 2018. Breaking Towards Repair. A blog post by guest author Simone Zeefuik, invited by the Research Center for Material Culture, Leiden (NL).

A reckoning with history demands a wrecking of the narratives upon which European nations have built and continue to build their identities. It requires an unselfish willingness to break towards repair and to move from, instead of rush past the broken. It should not just make it uncomfortable or ongezellig (uncozy) as the Dutch would say, it should rearrange and completely devalue the socio-political currency of comfort, shame, guilt and innocence. Isn’t it ironic that the futures of museums depend more and more on the way they are dealing with histories in the present?

Recently, Dutch Prime Minister Mark Rutte uttered that “we shouldn’t look at history through the glasses we are wearing now.” He did it in an attempt to shush the current wave of conversations about whether or not to take down (and perhaps smash) statues and busts of colonial terrorists. His intellect fails to create space for the understanding that Black and non-Black People of Colour did not unanimously agree with the white Europeans who said they were less than human. As if there were no abolitionists and anti-colonial resistance movements led by Black and non-Black People of Colour because everybody around the world was rooting for white Europeans and their quest for world domination. In his mind, the views and experiences of white Europeans are universal norms. Then again... throughout the entire Dutch educational system, from the elementary schools to the academic arenas, the views and experiences of white Europeans are presented as universal norms.


I do not believe that the current, decolonial winds of change are strictly blowing from a place of goodness. I believe that museums’ current urge to change is also deeply rooted in the fear of becoming less and less relevant which will ultimately result in selling less and less tickets. So, how will those of us who are at the centre of deciding what is relevant, change the function of museums? What will this mean for the collections? How will this impact the way museums (re)imagine and present colonialism? For example: It is one thing to talk about the period from The Scramble of Africa until the 1970s when most of the countries decolonized themselves and call this A History of Colonialism. It is another to create an exhibition around colonial mentalities and include information about how, for example, France until this very day continues to demand taxes from the countries it used to colonize. Would this Colonial Mentality exhibition unpack why the Netherlands no longer has a Ministry of Colonies but still has a Ministry of Kingdom Relations which is ‘monitoring’ the Caribbean islands that are still under Dutch rule? Would it talk about why Western propaganda salutes expats but demonizes ‘economical refugees’? While gathering a decolonial, inclusive team to work on that... could there at least be one museum that releases a public statement to correct Prime Minister Rutte? Or is the reckoning expected to be less ‘risky’ and more gezellig (cozy)?

Imagine the social and intellectual relevance museums could have if, in their conversations about Black and non-Black People of Colour, those who are making the exhibitions would create timelines based on what is (yet to be) unlearned instead of looking at what is forbidden or required by law. Historical events are often disconnected in such a way that it seems like history is “repeating” itself. Repetition suggests a circular motion. This does not have to be a perfect circle but it does imply that there are moments when it is time to stop, look around, say: “We are here again” and find yourself at a point you thought you had passed. But what if we are still here, still at that point? What if, instead, historic events are approached as an ongoing series of views that do not just connect with but also result in each other? For example: Yes, we can absolutely talk about the enslavement of Black people and praise dance around the dates it technically became illegal or we can discuss the way non-Black people around the world still think they own Black people or at least parts of our bodies and realize we are still “here”.

March 6, 2002. The French Parliament adopts a legislative act that orders the return of Sarah Baartman’s body to South Africa, the country she was lured from in the early 1800s by two white men: a British military surgeon and a Dutch farmer. Against Baartman’s will, Georges Cuvier, a white man who worked at the National Museum of Natural History in Paris, used her for ‘scientific analyses’ and dissected her body after she passed away. The museum made a plaster of her body, exposed it plus conserved her brain, vulva and anus. Yes, this happened in the early 1800s and yes, the laws that protect Black women from having white Europeans, so-called “scientists” cutting up our bodies and displaying them have changed. However, it was not until March 2002, decades after President Nelson Mandela directed his demand for her return to the then French President François Mitterrand, that the French Parliament stated that: “the surviving remains of the person known as Sarah Baartman will cease to form part of the public collections of the National Museum of Natural History. The administrative authority has a time limit of two months, starting from the date of entry into force, within which to deliver the remains to the Republic of South Africa.” During the Khoi communities’ call for the return of their ancestor and daughter, the French museum rejected on the bases that they truly believed that she was theirs. When our ideas of violence are limited to legalities and consider these legal frameworks to be an unanimous agreement to “be good” or at least “better”, the horror thrown upon Baartman could be labelled ‘unbelievable’. However, when it is placed in a gigantic pattern of Eurocentric ideas of ownership and agency, one can see that it is not a singular event. At all.

We are still here. As long as European museums believe that they have an equal say in deciding what will happen to the Benin bronzes and more than a 1,000 skulls of the Herero and Nama victims of Germany’s first genocide... we are still here. True, it is not the 18 or even 1900s anymore but we are still in this era where colonial ideas of ownership run rampant. It is no longer 1873 but the idea that white people should be compensated while unlearning oppressions too often remains normalized. It can be found in assumptions that “these things take time” or that they should be discussed but not in “that tone”, not in a way that brings “discomfort” or even “polarizes”. So... centuries of mass murder, exploitation plus other forms of physical, emotional, spiritual and intellectual dehumanization is not polarizing... but instead the fight for one’s humanity is? Fascinating. Oh yes, we are still here.


A reckoning with history can and will only happen when a museum is deeply invested in a wrecking of structures. It would have to be a commitment that does not shy away from the scent of the proverbial red-hot cannonballs and bloody knives. Repair demands a proper understanding of breaking. From the push and the tipping to the fall and her shards. It requires an analysis rooted in something deeper and stretched towards something wider than the mere wish not to be categorized with those who broke it.

It would be interesting to see what this could mean for museums in the Netherlands, a country that shaped its historical awareness around a fear of guilt and a faking of goodness. In my ever so humble opinion, museums should play a big, if not crucial part in the rethinking of the methods and impacts of colonialism plus a reimagining of ideas about liberation, freedom and ownership. It could revive institutes that are suffocated by the fear that their current archives with their current categories, stuck between their current concepts of beginnings and endings, are their only stairway to history.

Bio
Simone Zeefuik is an Amsterdam based writer and organizer whose work focuses on imagery, representation, anti-Blackness and other colonial mentalities plus the illegalized members of the NL-based Black communities. 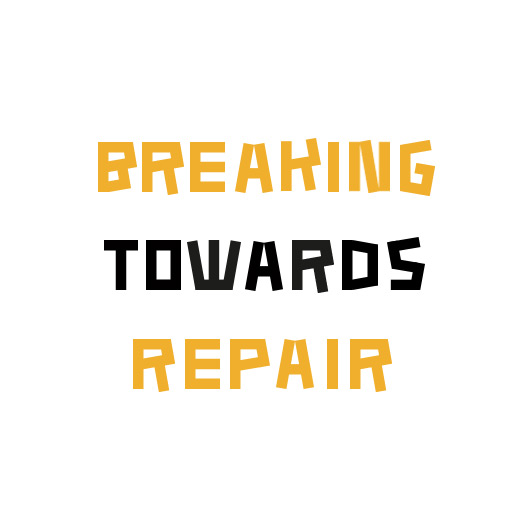